What is My Zip Code

What is my zip code tool show your Zip Code/Postal Code Number of your current location. Here's how it works! 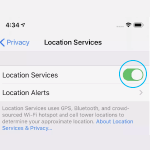 Click "Allow" button to allow our app to connect with your current location.

You're Done! You'll have your Zip Code on your screen along with the MAP!

What is my zip code tool offers multiple features for its users.

No Fees or subscription/Sign up is required to use what is my zip code tool.

You can share Zip Code and your location with anyone by sending just a location-sharing link.

What is my zip code tool updates location every 5s and Zip Code Number updates automatically.

With What is my zip code tool, find your current location's Zip Code of your address in no time.

What is my Zip Code of my Current Location or Address in is a wonderful tool that helps you find the exact Zip Code, whether you want to search for a Zip Code , address, or GPS coordinates. With the help of the current GPS location, this tool allows users to find in what is their zip code of the address or location they are in right now.

If you ever get lost in an area where you have never been before, you may get panic, indeed. What is my Zip Code Finder tool comes to play its role in this situation. You will find it useful, whether you are traveling, or exploring a new location.

You must keep this tool with you whenever you have to travel because it can guide you in the right direction with the help of GPS location with latitudeand longitude of the current area. Not only this, but you can have a location-sharing link to share the location of your town to anyone.

If you find any issue finding What is the Zip Code of the Address or location you're in, all you have to do is to enable the GPS and refresh the page. You will get the desired results in seconds.

How to Know What's Your Zip Code

The address is a demographic that everyone knows, but what about zip code?

When you need to buy something from the internet, you have to provide a zip code. Below you will find out how to know what your zip code in the location you are living.

It does not matter in which country or state you are living, with the help of some tools you can discover the right code.

Our Zip code finder tool that lets you find the answer to what is my zip code. With the help of this site, you can have an idea of the postal code in the world. Based on your location, you can discover the exact zip code that helps you in different situations.

So, how does it work?

Using an API call, what is my zip code tool uses coordinates that help in detecting the position of your city. Besides, this tool uses GPS coordinates that provide data. This app does not use interval updates, and it is free to use.

Neither any subscription nor any registration is needed because you can use it fully without any cost.

What is my zip code is a free tool to use, and there are no more limitations to use it. Don’t worry about the usage of cookies, and this tool does not save or share your location.

Furthermore, you can use another way to find out the code.

Presently, people don’t ask about the postal address or zip codes to others. It is because everything is available on the internet. You can discover the code on your own. all you need is a stable connection of the internet.

Entering the code finder and adjusting the site's settings helps you determine the exact area you are. In case you don’t know the postal code of your area, what is my zip code site lets you find it without wasting a single moment.

GPS location is used to detect the code, and you can have all the details by default. With just a single click, all aspects will be in front of you. Using an interactive map also helps you that is given on the basic location. You will get the postal code of the exact location.

You can search for a postal address, and there will be no more irrelevant queries regarding your location.

What is my zip code is a useful tool just like others such as “What County Am I In” and “What Town Am I In.” Both of the tools work on a similar agenda, and finding zip code is in the same niche.

What Zip Code Am I Located in Right Now

Basically, everyone knows that a zip code is used to fill up forms for some online shopping. Nobody knows the true purpose of using a zip code. And no one has any idea about its significance or origin.

Before getting to know about how “what is my zip code” tool helps you in several ways, let’s find out a little detail of Zip Code.

Do you know zip code is a postal code that United States Postal Service (USPS) used?

Yes, it was introduced in 1963 with a basic pattern of five digits. Later on, in 1983, it was extended, and ZIP+4 code came into sight. It had five digits of the ZIP Code with a hyphen and four digits that assigned a particular location.

The phrase ZIP is abbreviated as Zone Improvement Plan, and it was used to suggest that the mail delivers quicker when a sender uses the code in the postal address. Originally, the term ZIP Code registered as a servicemark that got expired in 1997.

What do Zip Code Digits Show?

In general, the first digit shows a group of states and the second or third digit explain the mid mail processing capacity that processes and arranges the mail. It is called “sec center” or sectional center facility.

Each letter and parcel having the same first three digits go to the same sec center. The sec center then arranges the parcels according to the two digits and later on they go to local post offices.

For instance, if we have a Zip Code 55800, the first digit 5 shows the national location. The next two digits 58 indicates the Sec Center, and the last two digits 00 shows the delivery area or post office of that area.

Why Do You Need Zip Codes – Importance of “What is my Zip Code?” Tool

First of all, you can use these few digits to send letters and parcels from one place to another. However, this is not the only purpose to use postal codes. For instance, you may have to use it while filling all range of official forms such as school forms, health insurance, etc.

Moreover, the importance of remembering these digits is shown with geological borders. The reality is these codes show more than random characters that you can scroll on to packages or papers for the goal of completing your duty. Further, they can open up virtual barriers in phrases.

If you live beside the border of another country, town or area, postal codes might be problematic. Actually, postal codes or zip codes exclusively have a two-digit system. The first letter shows the city and the second one shows a particular state.

When the need for transfer augmented, the idea of the zip-code increased with additional numbers. Now, Zipcodes have five digits, and each digit has its own meaning for your letter or parcel.

Why Should You Care About Zip Code

Once you get to know the importance of Zip Code, you always tend to care about it.

Zip code is known as the postal code system used in the United States. Postal Service (USPS) of the United States use this code. ZIP is an acronym to Zone Improvement Plan and was elected since it involves that mail will be delivered quicker by “zipping along” if senders use the code.

Why You Should Care about ZIP Codes.

ZIP Codes are vital to get full address data, that’s why it is significant to authorize them for syntax and against key reference data. To make sure the accuracy of your address you may:

How are ZIP Codes Important for Business?

What do you think ZIP Codes are used to identify a location only?.

These codes are significant social identifiers that provide data on the demographics of the people of a specific area. Zip Codes are used in the companies as a vital information structure that allows them a visual depiction of their audience.

With the help of this data, companies are making great marketing decisions, including opening or closing stores that introduce new products or services and pivoting sales data into locations. ZIP Codes are genuinely influential, and any business needs to have official and true ZIP Codes.

The information on address usually gets incomplete or void when businesses get data from more than one source. There might be some errors, typos, wrong or mistyped ZIP codes because of human entry of data.

On the other hand, some people don’t want to share their personal information, and they enter a fake address that makes the data inaccurate and invalid. That’s why the organizations must verify the addresses to make sure they have provided all the valid data for statistical analysis.

Besides fake and incomplete data, mostly address codes are inflicted with letters or punctuation marks that are useless in the code. These small issues get worse for businesses while attempting to use their data for analysis. When data is fake, the analysis will also be useless and invalid.